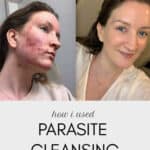 After years of painful acne, I was able to heal my acne through parasite cleansing and healing my gut. I’m here to share everything I’ve learned over the past few months with you!

I’ve been putting this post off for a while, partially because I have so much to say in regards to parasite cleansing for acne. Also because my skin is still nowhere near where I want it to be, and I still feel pretty down about it a lot of the time.

Being a blogger, I sometimes feel a lot of pressure to look a certain way and have perfect everything, so sharing my struggle with acne isn’t always easy.

That being said, parasite cleansing has dramatically helped my skin (as you’ll see soon!), so keeping quiet about it really doesn’t do anyone any good! It’s kind of an embarrassing and awkward topic to talk about, but here we are!

First and foremost, what is a parasite?

A parasite is an organism that lives in another organism (its host) and survives at the expense of the host (source). Parasites live in our bodies and thrive off of our vitamins and minerals.

This is why nutrient deficiencies (especially iron) are very common among people dealing with a parasitic infection. Parasites also feed off of heavy metals as well as other toxic waste matter.

What are the symptoms of having a parasite?

The symptoms with ** are those that I personally dealt with prior to and during my parasite cleanse.

Keep in mind many of these symptoms can also be a sign of other health issues. Always work with a qualified health professional before beginning any new treatment to rule out an underlying condition.

How do you get parasites?

However, they can also be picked up from unwashed produce (which can become infected from animal waste runoff), poorly cooked meats, raw fish (sushi), at grocery stores, public restrooms, and even from your pets.

The hydrochloric acid in your stomach is intended to neutralize pathogens such as bacteria and parasites before they can infect the rest of your body.

Unfortunately, due to our processed diets, eating while stressed, and drinking while eating, our production of HCl is low, which makes it easier for opportunistic pathogens such as parasites to make their way into our bodies (source).

How to get rid of parasites

When I first decided to try a parasite cleanse, I wasn’t entirely sure I actually had parasites. I was just so sick of my acne that I was willing to give anything a shot.

I was also dealing with about 10 symptoms of parasites so I figured it was worth a try! While conventional medication exists to kill parasites and their eggs, I chose to take a natural route.

I chose an herbal parasite cleanse which works to kill the parasites and their eggs. It also helps support detoxification and improved overall digestive health.

Common herbs for killing parasites and the best parasite cleanse

The parasites do not come out alive. You won’t feel them crawling out of you, and you may not even know they came out at all. They are usually embedded in your stool and may not be visible.

However, they very rarely come out alone (Pinworms for example, lay thousands of eggs per day-yikes!), so don’t be alarmed if you pass lots of parasites during a cleanse.

I noticed the biggest change in my skin after the first round of the cleanse so I decided to do a second. During the first week of the second cleanse I actually saw a parasite (a pinworm) and was moderately terrified, not going to lie!!

Because of this, I opted to complete a third and final cleanse to make sure I got all the eggs out. In addition to the cleanse, I did a few sessions with a colon hydrotherapist every 3-4 weeks. This was to make sure I was actually eliminating all the toxic matter my body was stirring up while cleansing.

Additionally, I made sure to eat a nutrient dense diet while on the parasite cleanse. I stayed away from highly refined and processed foods and focused on whole, nutrient dense foods.

I drank about 3 liters of water per day to stay well hydrated and flush any toxins from my system.

How to complete a parasite cleanse

I completed three, yes three (!), rounds of Organic Olivia’s parasite cleanse. In the past, I had tried other cleanses but did not feel or notice any difference. I tried one that specifically contained black walnut hulls which kill parasites AND their eggs.

However, I experienced a lot of irritation and bloating from this particular ingredient, which is common. The cleanse I did is formulated without black walnut and it felt much more gentle on my body.

For the first round, I started with two capsules twice a day. I did this for about 5 days. It is recommended to start slowly to prevent severe die off reactions (explained below).

I felt fine, so after the first five days I upped my dose to two capsules three times a day. I took 2 weeks off in between each cleanse and made sure to take adequate probiotics to replenish my gut flora.

What are die off symptoms of parasites?

While completing a parasite cleanse, it is common to experience what is known as “die-off.” This is a period where you may feel worse or have new symptoms arise as the parasites die and make their way out of your body.

For this reason, it is important to work with a Doctor to mitigate the side effects and ensure the cleanse is done in the safest way possible. I took an herbal liver supplement (which I still take), to help my body process the toxic matter that was being released.

In the photo on the right, my skin is almost completely smooth and free of active blemishes. What you see is mostly scarring and hyper-pigmentation. In the photo on the left, you can see that my skin was covered in large, active breakouts.

parasite cleanse for acne: is it necessary?

I would by no means say parasite cleansing is a “cure” for acne because acne is complicated and requires a lot of different things. The results will certainly vary from person to person depending on their unique constitution, their current and past diet, etc. For me, it was definitely a piece of the puzzle I was missing.

Fortunately, many parasite cleanses, like the one I did, contain herbs that not only kill parasites and their eggs, but also other harmful yeasts and bacteria that could be contributing to your acne.

So, even if you don’t have parasites, a parasite cleanse is a great way to support overall gut health and improve dysbiosis. I did in fact have parasites (which I actually saw with my own eyes), so it confirmed my suspicion that I really needed to focus on healing my gut.

This site uses Akismet to reduce spam. Learn how your comment data is processed. 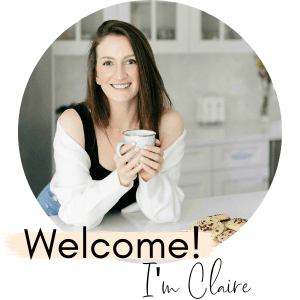 Welcome to Eat With Clarity! After my Celiac Disease diagnosis in my early 20’s, I made it my mission to create gluten-free recipes that are just as good as the real thing! With plenty of vegan & paleo options, there is something here for everyone. More here. 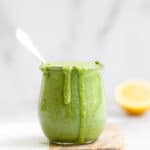 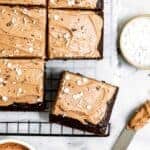 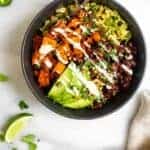 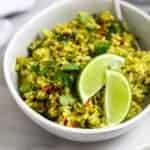 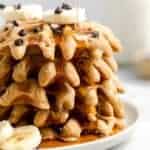 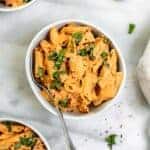 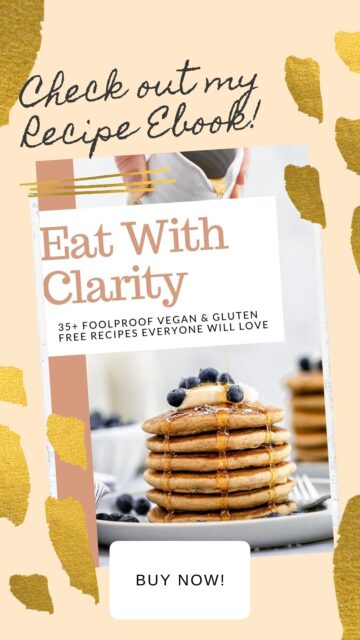